Rooted in Franciscan values, Shalom Spirituality Center offers a sacred space and a peaceful environment for all who seek to deepen their relationship with God, self, others, and creation. Shalom Spirituality Center is a non-profit organization  — established in 1989 and owned and operated by the Sisters of St. Francis in Dubuque, IA.

We serve thousands of people of all ages annually through various retreats, prayer opportunities, educational programs, marriage enrichment, and support for professionals in business, education, health care, spiritual work, and ministry. We also host groups by making our facilities available for civic, religious, educational, and business groups, including people of all faith traditions. Additionally, we provide spiritual direction and private retreats. 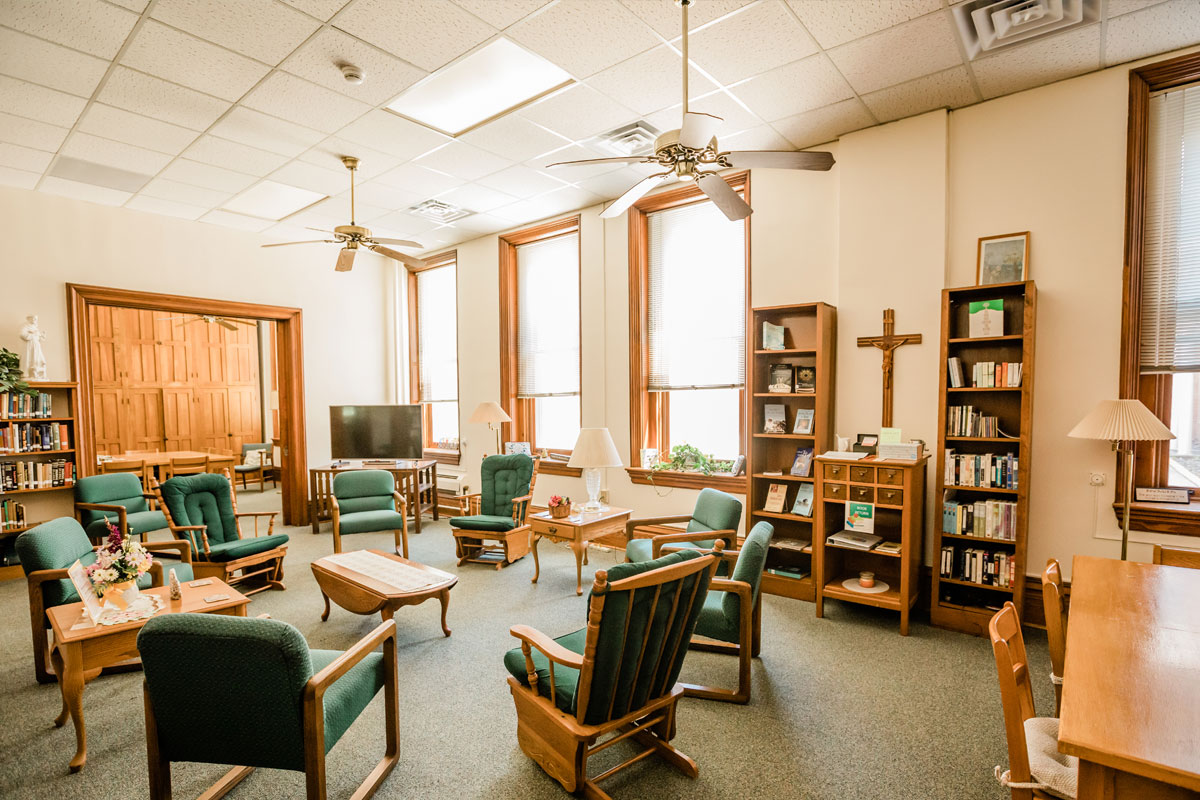 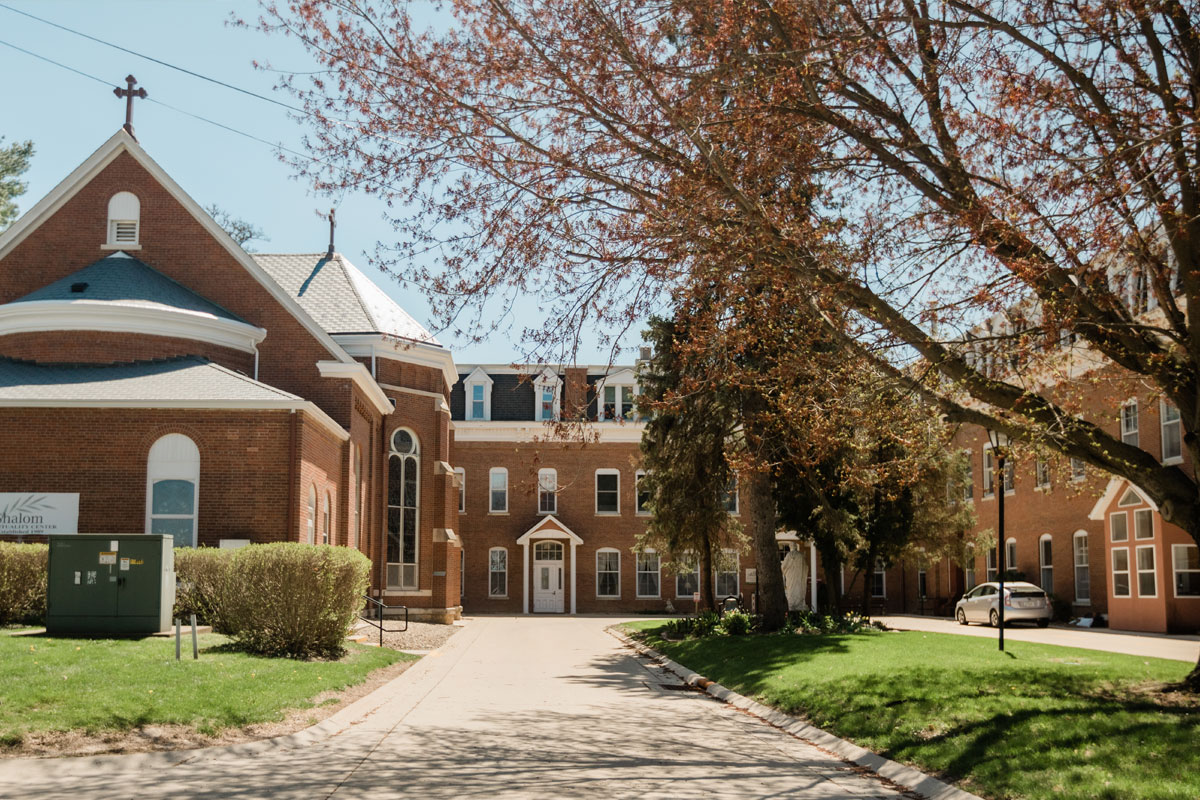 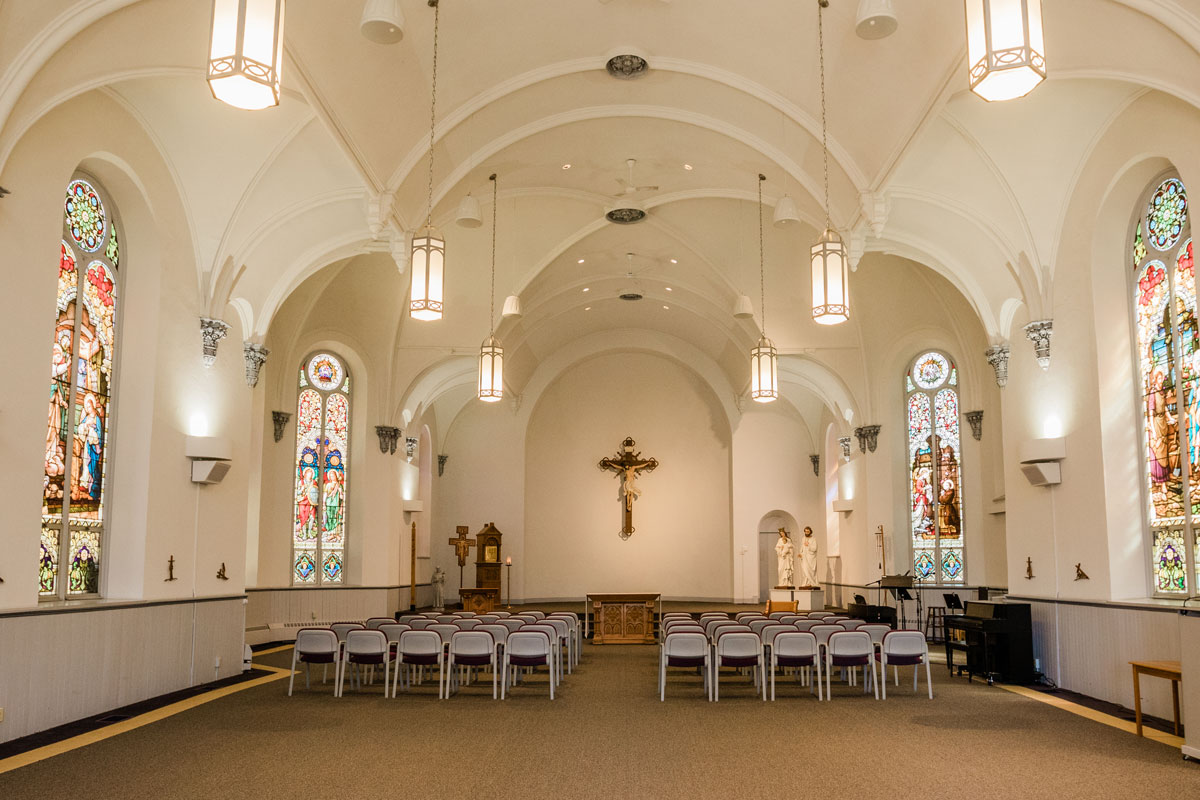 Shalom Spirituality Center is owned by the Sisters of St. Francis of Dubuque, IA.

The building was constructed in 1881 as the first Motherhouse. Later it was used as Immaculate Conception Academy, and then as a retirement home for the Sisters. In the late 1980’s the Sisters moved to Mount St. Francis. The spirituality center (which had been housed in a wing of Mount St. Francis) moved to it’s current location at 1001 Davis Street and was named Shalom Spirituality Center. It opened in January 1989. Shalom has grown from a staff of three Sisters, to five full-time and three part-time staff.

Shalom is the only retreat center in the City of Dubuque. Catholic in sponsorship, it is interfaith in its ministry — serving people of all faith traditions, as well as nonprofit, business, and civic groups.

The Shalom facilities are a unique part of Dubuque’s historical and architectural heritage. The chapel is the most beautiful building on the Shalom campus. It’s stained glass windows are from Germany. A restoration of the interior of the chapel was completed in 2007 and the carpeting was replaced in 2010.